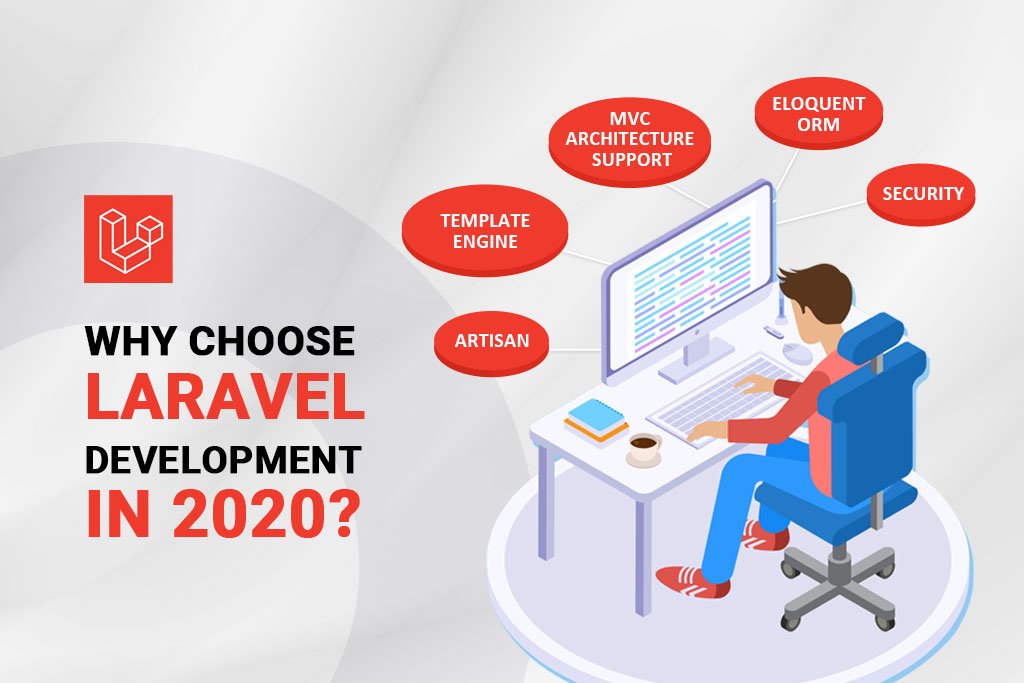 Website development is one of the most demanded skills set in the world today.

With the rise of so many entrepreneurs and businesses, coupled with the increased use of the internet in the modern world, every individual or company would want to have a presence on the internet.

Website development deals with codes, and in traditional times, it often takes more time to complete a website due to the volume of coding that is involved.

The coding area has so many areas that have to be fixed and adequately written before the website can be up and running and also avoid future issues.

Reasons for Choosing Laravel for the Web Application

The PHP framework is designed to carry out specific duties during the web development (coding) process, thereby reducing the volume of codes that programmers need to write.

The frameworks come with in-built automated tasks that help to reduce the number of code a programmer has to write and also the ability to carry out specific functions during the coding process.

The Laravel development is an example of such a framework that has been adopted in modern times, but it has often been selected over the PHP framework.

Laravel is a web app frame with an intuitive, sleek syntax designed to create web applications that adopt the basic model-view-controller template, focused on Symfony.

Here are reasons why you should choose the Laravel development in 2020:

Most websites have been susceptible to hacks in modern times simply because of the base code that was used in the development.

Laravel offers protection for the site against different online threats; this allows the website application to run smoothly without any security threats. Your framework is secured from online threats like SQL injection and cross-site forgery requests.

Also Read,  Why Laravel Is The Best PHP Framework?

Most times, features and functionalities that were incorporated in the web development process can affect the performance of the website.

But with Laravel, the framework comes with vast modern and relevant tools that will assist the developers in increasing the online app performance.

For instance, tools like Memcached and Redis are integrated with the Laravel framework and allows the developers to boost app performance, ensuring that users have the best experience when using the app.

Messages from the same clients are also sent concurrently, thus increasing the likelihood of over-processing data at once on our website.

Laravel facilitates managed traffic flow to reduce the congestion, which ensures that data is transmitted in batches.

There are also significant features like mail routing, which can be used when the owner of a business cannot address requests immediately.

For the purpose of full functionality of the newly developed websites and to do a final error check. It is essential to hire people to test the site and give feedback.

However, with Laravel, the software comes with automated testing features that can be used during the development process. This can help developers to fix bugs and errors without the need to hire anyone for this purpose.

Also, using the automated testing feature of the framework helps to identify the part of the code that needs to be fixed rather than read through the whole code.

The framework also makes it easy for developers to identify and fix technical vulnerabilities within a website during development.

Examples of such vulnerabilities are the risk to various, which can, in turn, slow down the functionality of the site, give access to confidential files by third parties, and the loss of valuable data.

With the framework’s ability to detect such problem earlier during development, it allows website owners to work safely.

Also Read, Why Laravel is the Recommended Framework for Secure Applications

In conclusion, minus the fact that the popularity attached to the Laravel framework is enough reason for most developers to follow the trend to smooth and readily available tools to web development, the framework also offers additional benefits over other frameworks.

For the tech-savvy developers and the rookie developers, the Laravel framework makes website development more natural and more efficient.