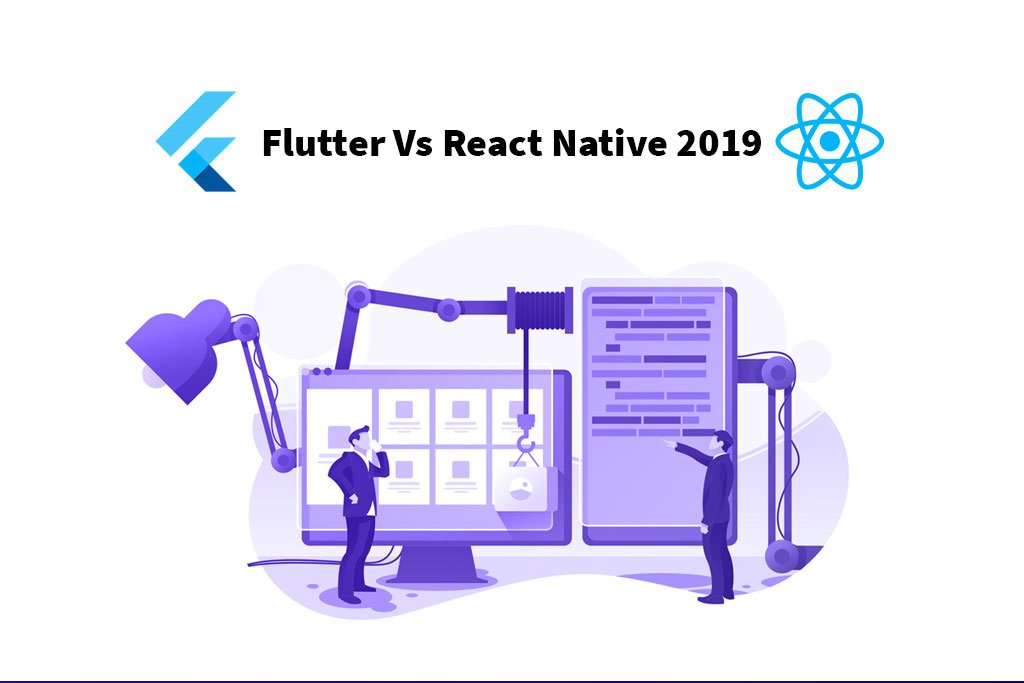 What you’ll find in this article

Flutter was created by Google as an open-source cross-platform app development framework compatible with Android, iOS, Windows, OSX, Linux, Google Fuchsia, and the web. Engineered on Android under the codename Sky, Flutter was first announced to the public at the 2015 Dart developer summit.

Flutter leverages the Dart programming language. Introduced in 2011, Dart is an inhouse creation of Google that is rarely used by developers outside of a Flutter context.

Although Flutter is still in its infancy compared to React Native, Google’s entry into the modern cross-platform app development world has a promising future.

Flutter is supported by a highly active developer community. Most of the components developers need for creating apps are natively built-in to the Flutter engine, resulting in a robust and fast framework.

Apps Made With Flutter

What is React Native?

Facebook chief Mark Zuckerberg first hinted the social media giant was working on a native development framework in 2012. At the time, Facebook was overly immersed in fast-deprecating HTML.

Apps Made With React Native

Developers accustomed to using JavaScript will find React Native more familiar out of the box. This aspect may give React Native an edge for experienced developers who need to start coding production apps from Day 1.

Dart, which leans heavily on the object-oriented concepts of JavaScript, is a language unfamiliar to most developers. It’s widely accepted that Dart presents a steeper learning curve than React Native, although the syntax can be picked up quickly. Dart is supported by detailed, easy-to-follow documentation.

In a nutshell, React Native’s adaptive components give it a speedier development in a React Native vs. Flutter comparison.

The performance of Flutter is more variable than React Native. The former is closer to a machine language and is compiled using OOP languages C/C++ library.

React Native executes JavaScript as an independent thread and relies on a bridge to interact with modules.

Developers should expect faster performance from React Native, although the two frameworks are close speed-wise. Of course, device constraints can have a sizeable influence on real-world performance tests.

Flux is made by Facebook while Redux appears more popular in the wider developer community.

5. IDE and Ease of Coding

React Native enjoys support from most leading IDEs. Flutter is a little more limited in that it’s supported by Android studio/IntelliJ and visual studio code.

Again, React Native leverages JavaScript, which a vast amount of developers will find appealing. Flutter’s reliance on Dart presents more of a black box, but developers experienced in Java and C++ can easily learn the language.

The Dart language used by Flutter doesn’t separate style, template, and data files. This can make the code somewhat difficult to understand for developers new to the framework.

On the other hand, React Native shines because of JavaScript’s simple code structure, which is recognized by developers everywhere.

Both Flutter and React Native deliver the excellent stability developers look for in a modern cross-platform app development framework. And as we’ll soon see, leading tech and consumer companies are leaning on both frameworks to produce some of the world’s best-known apps.

React Native continues to offer greater flexibility than Flutter given its long tenure in the marketplace. Right now, React Native is supported by a larger developer community that has spent more time shaping Facebook’s offering into a versatile and nearly flawless mobile app building framework.

But in the Flutter vs. React Native 2019 debate, Flutter is closing ground. Developers are consistently impressed with customized widget sets and features that improve with every release.

As the older brother, React Native is more established and widely used than Flutter. Developers are in the habit of using React Native as the go-to framework for any type of iOS or Android project.

Flutter might be a relative newcomer to the cross-platform development scene, but its quickly making inroads and represents the future of hybrid app development in many ways. As of November 2019, Flutter has been awarded nearly as many GitHub Stars as React Native.

Similarities Between React Native and Flutter

As you’ve probably guessed by now, React Native and Flutter aren’t entirely different. The frameworks share a few notable commonalities that may make selecting a preference tricky for some cross-platform developers.

Both React Native and Flutter are easily learned by developers with JavaScript experience. This is great news for the global developer community. A 2018 survey by Stack Overflow estimates 71.5-percent of professional developers have used JavaScript.

Both frameworks are open source, free to use, and fast. They each possess top-notch UI support and native experience while being bolstered by active tech support communities. Well respected companies have deployed apps built using either framework to much success.

Whereas React Native is the proven veteran in the mobile app development market, Flutter is also leaving its mark with irresistible features and truly amazing cross-platform apps.

Each framework is responsible for millions of app downloads and nearly as many productive developers. The right choice for you depends on your project type and the time and money you wish to invest.