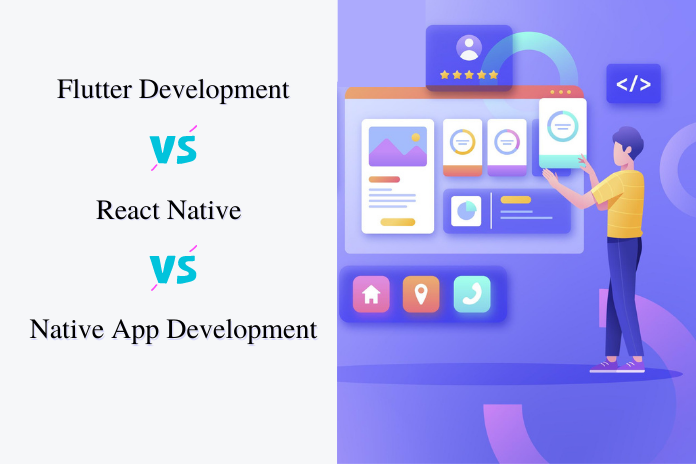 Mobile app development Flutter is an open-source mobile app development framework created by Google. It allows developers to build natively compiled mobile, web, and desktop applications from a single codebase. Flutter uses the Dart programming language, which is easy to learn and use, and it has a rich set of widgets and libraries that make it easy to build beautiful, user-friendly apps.

React Native is another popular framework for mobile app development. It was created by Facebook based on the popular JavaScript library React. React Native allows developers to build natively compiled apps for mobile platforms using JavaScript and a declarative UI approach. Like Flutter, React Native has a rich set of components and libraries that make it easy to build user-friendly apps.

Native app development refers to building apps specifically for a particular mobile platform, such as iOS or Android. Native apps are built using the programming languages and tools specific to the platform, such as Swift and Xcode for iOS and Java and Android Studio for Android. Native app development allows developers to take full advantage of the capabilities and features of the platform, and it can result in the best performance and user experience.

In terms of performance, native app development typically offers the best results. Because native apps are built specifically for a particular platform, they can take full advantage of the hardware and software capabilities of the device. This can result in faster app performance and a better user experience.

Flutter and React Native, on the other hand, are cross-platform frameworks, which means that they can be used to build apps for multiple platforms from a single codebase. While this can be convenient for developers, it can also result in slower performance than native apps. This is because the code has to be interpreted and run on the device, which can introduce additional overhead and reduce performance.

In terms of user experience, native app development can offer the best results. Because native apps are built specifically for a particular platform, they can take full advantage of its design guidelines and user interface elements. This can result in a more seamless and intuitive user experience.

Previous Post 8 Digital Marketing Tips For Small Businesses, Atlanta: Get Seen
Next Post How to Develop a Chat App in Flutter With Firebase?