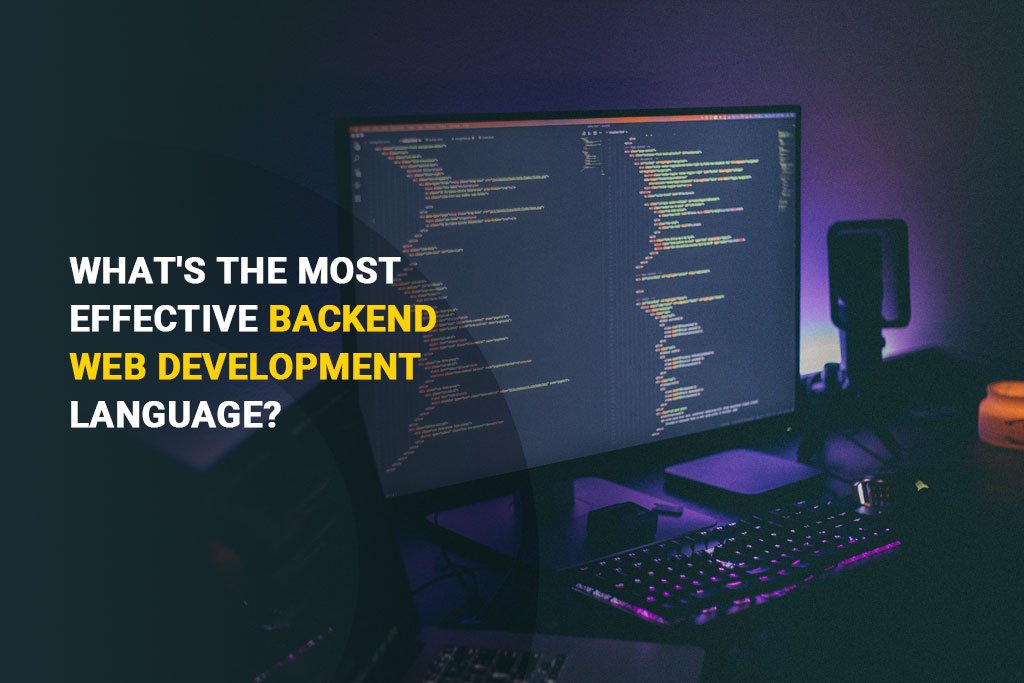 Developers are often confused when starting about what type of development language will serve them well. There are dozens of programming languages available and every year a new language is developed.

However, the top programming language for website development remains PHP. But since most people don’t use PHP for web development, they prefer its frameworks.

There are many frameworks available and in this specific article, we are going to discuss one of the finest programming languages for website development.

You should remember that gone are the days when spending time on static sites and mobile apps were considered a new technological advancement. Now, people like to get their websites developed instantly.

And for that to happen, you have to work on something exciting, something that can get the ball rolling fast and easy. And, a project like larval development comes in handy here.

Why we are choosing Laravel web development instead of PHP? Because there are many PHP frameworks available in the market. Our purpose is to make you aware of a platform that’s already one of the best in the market, and that’s perfect for any kind of developer who is working on new projects.

So, with that said, here is why you should be going with Laravel web development.

Laravel is not only the leading framework, but it is also considered the ‘best’ framework for PHP web development.

The Laravel is much more powerful than its counterparts like Zend, Symfony, Yii, CakePHP, and many more. But companies now prefer Laravel because it is easy for developers and doesn’t require much complex coding. Even a person can learn laravel development in a month and create his/her store with ease.

Moreover, the Laravel community is also evolving. That’s one reason it has come to prominence in the market.

Moreover, documentation of Laravel is much easier to understand than other PHP frameworks in the market.

Laravel framework also has an edge in marketing and considers itself as the leader in web application frameworks. It has built a reputation for its developers and they can easily carve a niche space for them.

Most Laravel developers in the industry are getting handsome salaries. The starting salaries of most developers are reasonably higher because not everyone is providing Laravel development service at this time. So, it is a win-win for both clients and developers.

Next, you have to understand that Laravel is an open-source coding environment. Anyone who wants to use Laravel can alter or customize any project.

Here are three tools that you can easily get with Laravel and these include Laravel Horizon, Laravel Nova, and Laravel Echo.

Laravel Nova is known for its beautiful dashboard and enticing features. The dashboard is perfect for any developer who would like to speed-code and use syntax help for writing perfect code in the shortest period.

Laravel Nova is another great panel that helps developers get vital features for their development projects.

Laravel Echo is the third tool in line. It handles server-side and client-side broadcasting. This makes it easier for developers to broadcast without writing any tedious code.

Read Also, Why Laravel Is The Best PHP Framework?

Laravel is also known for its MVC architecture that lets developers code by dividing the website architecture into three parts: Model, View, and Controller. They can use the MVC to design the business logic behind the program and visualize it in realtime.

This is not the case with other frameworks of PHP where the front-end and back-end developers have to design the program in two different files separately.

MVC also makes Laravel coding easy to read and maintains the syntax without breaking the code.

Just like libraries in PHP, you get packages for doing things. The best part about Laravel’s development is that all these packages are now available in Laravel. They make things easier for anyone who would like to work on repeated projects like websites, apps.

For example, with the packages, one can add social signing functionality in mobile and web applications.

Another benefit of Laravel development is that you can deploy it with just a few clicks. There are no permission needed and no long, server-side coding.

Simply use the server where you want to upload, and then visit the Laravel Forge website and select it from the list. This robust method eliminates the need for manual configuration.

Security can be a huge problem for people who are in web development. However, with Laravel, security should never be a problem.

As a Laravel web developer, you should be aware of how important security is for the customers and businesses. Now, consider this: What if you handle an e-commerce store with multiple customers. Surely you will be having customer data. You would not want any unauthorized person to access this data.

That is where the Laravel web framework comes for help. All code written with the Laravel framework is highly safeguarded with minimum to zero threats.

One thing that has personally won my heart about the Laravel web development is that I don’t have to test the website on an online environment, or even on the localhost.

Because with Laravel, I can easily use the inbuilt testing tool named Laravel Dusk. The tool helps any developer test the click events and bugs. If you compare this with a third-party testing tool, Laravel Dusk is highly reliable and perfect for mobile and web application development.